Ethnocentrism – noun
Sociology. The belief in the inherent superiority of one’s own ethnic group or culture. A tendency to view alien groups or cultures from the perspective of one’s own.

You’re Not In Kansas Anymore

If lately, you’ve found yourself thinking: “I’ve never been so misunderstood in my entire life – but the food here is just so cheap and delicious!” you’re definitely not alone. Many foreigners traveling in Thailand for the first time suffer misplaced frustration attempting what they assume to be simple communication with locals.

Make sure your blood pressure meds are up-to-date because the reality is that it’s not that simple. There exists several unique and natural barriers to communication between English-speaking foreigners and the wonderful people of Thailand.

It’s also a big reason why Guroo Asia is such a critical partner for help in navigating the small and bigger problems of life here in Chiang Mai.

While Westerners shape sounds using the front of the lips, tongue, and teeth, Thais form sounds primarily using the top back of the roof of the mouth (the palate). To illustrate, simply say a few words like “thin” or “the” and feel how tongue and teeth work together to say “a, b, c, d, e, f, g”.

This is not how Thais form sounds at all. It is therefore quite difficult mechanically for each to speak the other’s language. In fact, learning to properly enunciate Thai can be physically exhausting as new muscles in the palate get worked for the very first time. Same goes with Thais. Their mispronunciations are really only physical impediments which, like anyone learning a new foreign language, require hours of practice to conquer.

This is where Westerners, practicing beginner Thai in live situations, end up saying things like: “Hand me that piano” or “Please saw my legs off.” Don’t take this personally, but Thais typically can’t make heads nor tails of the gibberish coming out of most Westerners’ mouths. 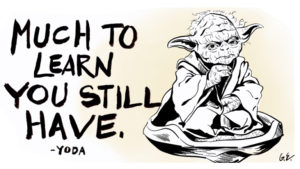 When it comes to phonetic sentence structure, Westerners say “The beer is good.” Thais say “Good is the beer.” This adds an additional complexity of everyone making “Yoda Speak” to one another.

Many Westerners new to Asian culture, still stuck in an ethnocentric fog, don’t immediately grasp the concept nor importance of “saving Face.” How this plays out in day-to-day interaction and how much it differs from country to country (in Thailand they smile; in Japan, they fall on their swords) is super-critical.

Culturally, Thais are greatly uncomfortable when placed in a position where they don’t know the answer to a question. Instead of saying like we do: “I don’t have the foggiest idea buddy…” Thais will instead invent an answer to avoid the loss of “Face” associated with appearing unknowledgeable.

This can be a particularly difficult to navigate especially when used in combination with the famous “Thai Smile” (which can mean anything from “you are such a pleasant person” to “you are the biggest ignoramus I’ve ever encountered in my life”).

An example might go something along the lines of asking: “where is the 7-Eleven?” to which the Thai smiles and points you down the street. 10 blocks later, you run into a resident expat who says: “No, no, no. It’s 20 blocks in the direction from where you just came!”

So, on your way back you meet and decide to question the Thai guy who steered you that way, who simply smiles and says: “Oh, I thought you said the 8-Eleven.”

You just can’t win – but, sooner or later, you’ll discover that it’s not about winning or losing at all but how you play the game.

Like knowledge is power, ignorance breeds resentment. Remember: you’re not in Kansas anymore.