Although generally warm, Chiang Mai enjoys a much cooler climate than other regions of Thailand.

Although generally warm, Chiang Mai enjoys a much cooler climate than other regions of Thailand. While it does experience a hot season, it is still somewhat milder than Bangkok and certainly less humid.

The climate of Chiang Mai is controlled by tropical monsoons and falls into three main seasons. The weather, like in most of Thailand, is typically hot and humid with temperatures often close to or above 30°C but also surprisingly cool in the mornings and late evenings. From June to late October, you can expect frequent rain and thunder showers.

This season starts in November and lasts until February. Chiang Mai’s climate remains warm for most of the year and the cooler weather normally only occurs in the northern mountains, therefore tourists often prefer this season.

The hot season starts from mid-March until late June. Higher relative temperature and infrequent rain are the general characteristic of this season.

The rainy season in Chiany Mai lasts from July to October. Heavy downpour dominates and flash floods can occur. The temperatures range from 25°C to 34 °C.

During the month of March, the air quality in Chiang Mai suffers from pollution caused by forest and bush fires, many started deliberately by farmers to fertilise soil before the rains come. Although several initiatives are in progress to curb this activity, these fires can cause a lot of smoke and dust, which can be a source of concern for those with respiratory sensitivities. For more information click here. 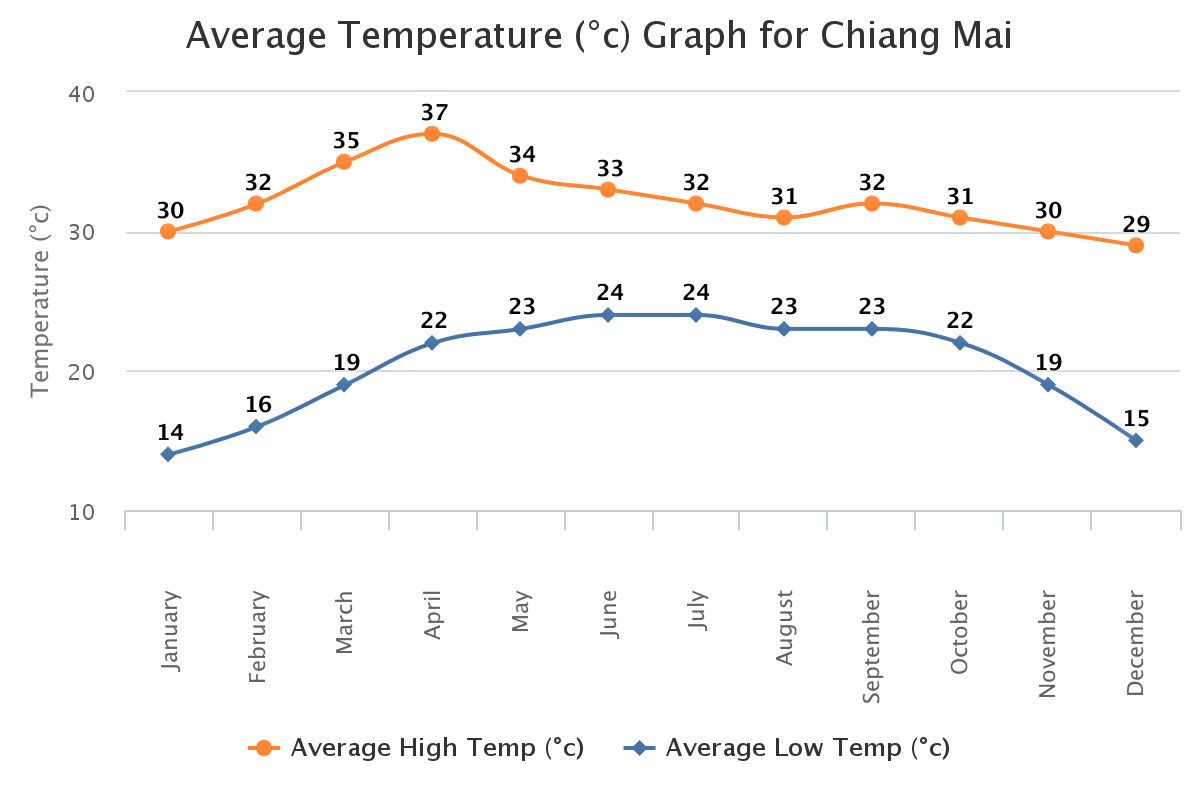 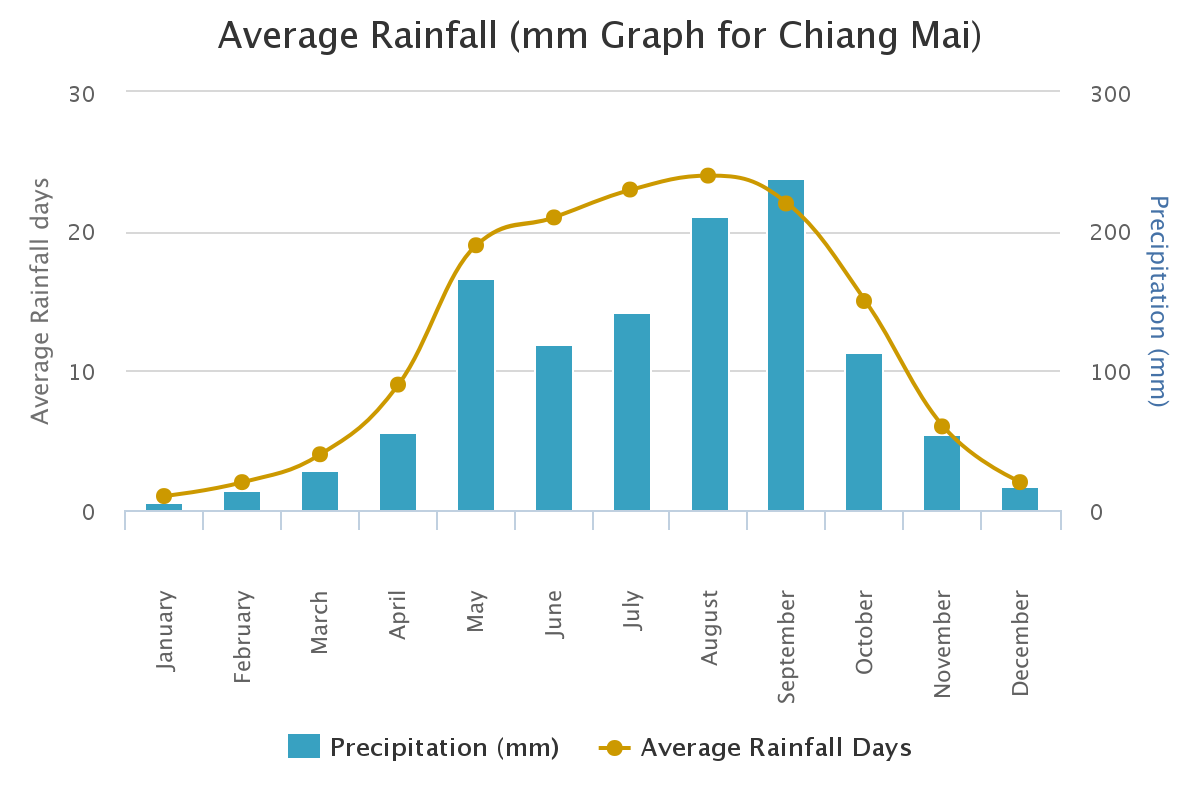